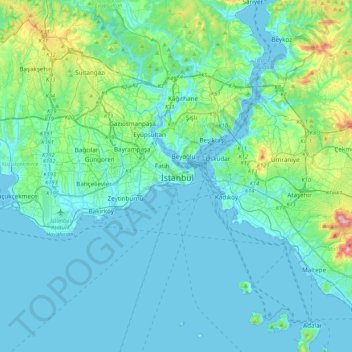 Because of its hilly topography and maritime influences, Istanbul exhibits a multitude of distinct microclimates. Within the city, rainfall varies widely owing to the rain shadow of the hills in Istanbul, from around 600 millimeters (24 in) on the southern fringe at Florya to 1,200 millimeters (47 in) on the northern fringe at Bahçeköy. Furthermore, while the city itself lies in USDA hardiness zones 9a to 9b, its inland suburbs lie in zone 8b with isolated pockets of zone 8a, restricting the cultivation of cold-hardy subtropical plants to the coasts.