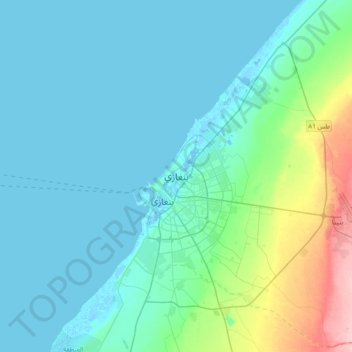 The largest Ottoman architectural monument in Benghazi is the late 19th-century Ottoman palace in El-Berka; built during the rule of Rashid Pasha II. The front elevation was completed in 1895, whilst the side sections were added later during Italian rule. The white and green structure houses 360 rooms; and is on a tract of land where Gamal Abdel Nasser Street meets al-Saqzali Street; south of the 28 March football stadium.