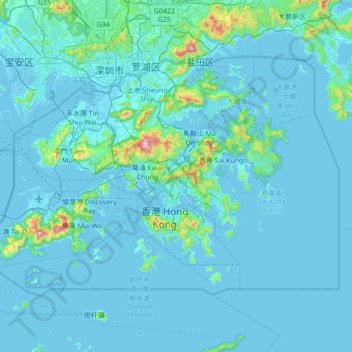 Hong Kong has a humid subtropical climate (Köppen Cwa), characteristic of southern China. Summer is hot and humid, with occasional showers and thunderstorms and warm air from the southwest. Typhoons occur most often then, sometimes resulting in floods or landslides. Winters are mild and usually sunny at the beginning, becoming cloudy towards February; an occasional cold front brings strong, cooling winds from the north. The most temperate seasons are spring (which can be changeable) and autumn, which is generally sunny and dry. When there is snowfall, which is extremely rare, it is usually at high elevations. Hong Kong averages 1,709 hours of sunshine per year; the highest and lowest recorded temperatures at the Hong Kong Observatory are 36.6 °C (97.9 °F) on 22 August 2017 and 0.0 °C (32.0 °F) on 18 January 1893. The highest and lowest recorded temperatures in all of Hong Kong are 39.0 °C (102 °F) at Wetland Park on 22 August 2017, and −6.0 °C (21.2 °F) at Tai Mo Shan on 24 January 2016.